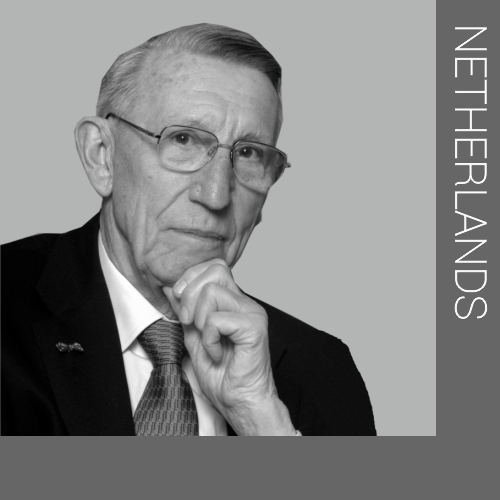 Dr. Van der Linden has a strong interest in education. He was the initiator and coordinator of the “Three years postgraduate programme in orthodontics”. This so called “Erasmus Programme” has become in 1992 the international standard in the education of specialists in orthodontics.

Dr. Van der Linden is particularly interested in incorporating basic and clinical research results in the theory and practice of orthodontics. He is an internationally recognized lecturer and has published more than 180 papers and a number of books. His main contribution is a series of six textbooks on Orthodontics and Dentofacial Orthopedics. In addition, a practice oriented book, entitled “Orthodontic Concepts and Strategies”, appeared in 2004. Furthermore, Prof. Van der Linden has been Editor-in-Chief and main author of “Dynamics of Orthodontics”, an international multimedia project that presents the basic aspects of the field of Orthodontics in six languages.

Dr. Van der Linden’s long lasting activities in research and teaching have been widely recognized, also outside the fields of dentistry and orthodontics. He was the first and only dentist who became elected to the Royal Netherlands Academy of Arts and Sciences in 1992. This Academy is founded in1808 and consists of 200 prominent scientists from all fields of arts and sciences. Moreover, in 1993 he received the Professor Lammers Price by the Faculty of Medical Sciences of the University of Nijmegen for his outstanding contributions in education and teaching. In addition, he received the Louis Ada Jarabak Memorial International Orthodontic Teachers and Research Award of the American Association of Orthodontists Foundation in 1998.