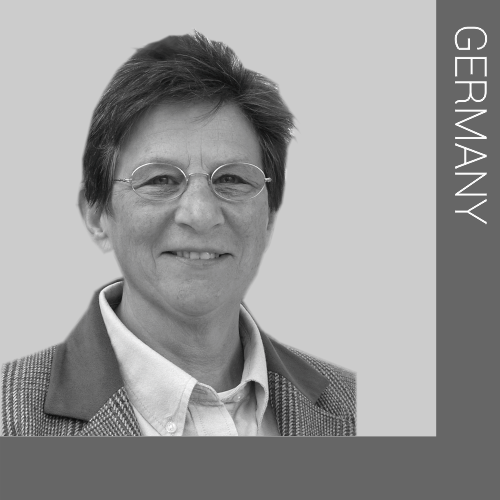 She received her Orthodontic/ Surgical training in England and Canada and was a Consultant Orthodontist in Sunderland, England before leaving to start her private Orthodontic Practice in Berlin, Germany in 1980.

She specialised in Adult interdisciplinary treatment and in particular Orthognathic surgery until her retirement from clinical practice & teaching in 2012. She has been an active member of the Angle Society of Europe serving as Chair of the Scientific committee and then as president (2006-2008). In 2015 she was elected an honorary member of the Society. She was made an Honorary member of the Cyprus Orthodontic society in 2012.

As well as being an Orthodontist she have always painted and since her retirement is now painting full time in her Studio in Greece and Berlin.

She is interested in the theories of balance, symmetry, harmony and aesthetics and their application in the fine Art of Orthodontics.